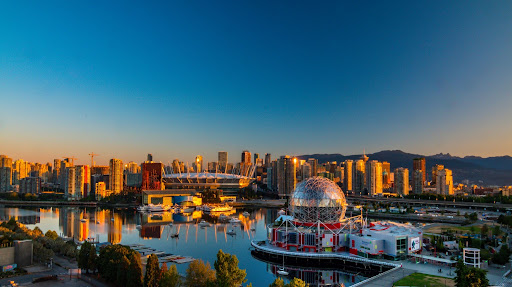 Vancouver one of the youngest cities in Canada!

The West Coast of Canada is a beautiful stretch of coastline, but the city of Vancouver is a standout gem all on its own. Vancouver boasts a slice of paradise unlike anything on the West Coast. The gorgeous cityscape is complimented perfectly by the North Shore Mountains ensuring impressive architecture and a taste of nature no matter where you look.

Incorporated in April of 1866 through a deal with the Canadian Pacific Railway, Vancouver was renamed from its previous moniker, Gastown. It’s late incorporation actually makes Vancouver one of the youngest cities in Canada!

This bustling city’s heritage began with forestry and maintains that as its largest industry to this day. Vancouver’s  Portis the busiest in all of Canada and also the most diverse. Amidst all this commerce it is admirable that Vancouver still strives to be the greenest city in the world. The city’s green initiative is a multipronged effort to reduce emissions and lessen the impact the city has on the environment.

It embarked on the green journey in 2011 and has seen changes ranging from public transportation to waste collection. It makes perfect sense that Vancouver would want to combat climate change as it enjoys one of the most mild climates in Canada. The summers don’t get too hot with an average high around 20 degrees Celsius and the winters keep the snow away with temperatures rarely ever dropping below freezing!

With mild temperatures all year round, Vancouver hosts a plethora of events year round. Starting in spring it would be hard to miss the Cherry Blossom Festival. The Cherry Blossom Festival is predicated on the blooming of thousands of cherry trees that line the streets. There are a numerous ways to take in the beauty,but some of the favorites are the Bike the Blossoms, a free community bike tour, and the Tree Talks and Walks walking tour.

Directly following the Cherry Blossom Festival is one of the most notable events held in Vancouver, the TED Conference. This conference showcases presentations relating to technology, entertainment, and design and it is renowned for its thought-provoking subject matter. It is definitely something to check out if you are going to be enjoying Vancouver around the middle of April. 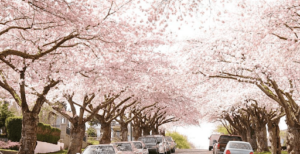 The summer months in Vancouver boast festivals specializing in light and sound..The month of June wraps up with the International Jazz Festival. This 12-day jazz extravaganza offers a co-mingling between well-known headliners and many of the best jazz artists in the world. It is a massive attraction with approximately 1,800 artists performing 300 concerts. If you love music, this is something you won’t want to miss.

The end of July is commemorated with the Celebration of Light. Three days of free community concerts followed nightly by spectacular fireworks displays. It is customary for three different countries to compete for the best fireworks presentation. All you have to do is find a good spot to enjoy the show!

Fall is ushered in not only by the leaves changing colour and the days getting (only) slightly colder but also the kick-off to the International Film Festival. This is a big one! The film and entertainment scene in Vancouver is massive. It is well-known as Northern Hollywood for its long list of film productions and it lives up to this distinction with the film festival. Featuring films from over 70 countries, there is undoubtedly something to be enjoyed by even the pickiest moviegoer. 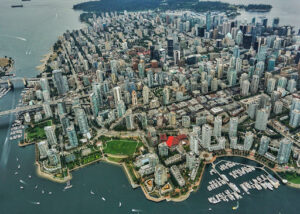 As we come full circle and winter rolls in, Vancouver also offers something for your pallet and your pocketbook.The Dine Out Vancouver Festivalis loaded with features like neighbourhood culinary tours, lessons, and three-course meals with set price-points. You can enjoy cuisine from all over the world and even learn to make some yourself! The Dine Out Vancouver Festival runs fro 17 days from mid January so you have plenty of time to get out and enjoy it.

These events are only a fraction of what Vancouver has to offer from all year round.

There are a couple of must-see attractions in the city that just have to be mentioned. Science World is host to a huge range of interactive presentations that are great for both the solo explorer and the whole family. They also do a lot of provincial outreach and are an influence on the local community!

If science isn’t your main interest, don’t worry, there is more! Vancouver is also home to the Vancouver Art Gallery, the largest gallery in Western Canada. Within its walls, you’ll find exhibits both foreign and domestic that deserve to be enjoyed by all! The exterior of the building is featured in many of the films and TV shows that were briefly aforementioned so the outside of the building may be fairly familiar and is noteworthy.

Whether you are here for business or pleasure or everything in between, you won’t be disappointed with what Vancouver has to offer. The Vancouver International Airport is usually only 20 to 30 minutes from downtown which adds to the convenience of the city.

Vancouver is a truly unique city that thrives on nature, innovation and future-thinking and would love nothing more than to have another visitor!